The Paradox of Systems: Evolution

For the purpose of this blog I'll focus on man-made systems: corporations, governments, economies, religions, social networks (Facebook, Myspace, Twitter), etc,. What all of these systems have in common aside from the fact that they are made by humans is that they also require humans as facilitators, components, members and elements. Once established, systems take a life of their own, evolving and moving in a direction that maximizes their survival and growth. An economic system can for example shift its center from one location to another (New York City to Shanghai) or a political system (democracy or communism) can grown from one country but spread across the globe. 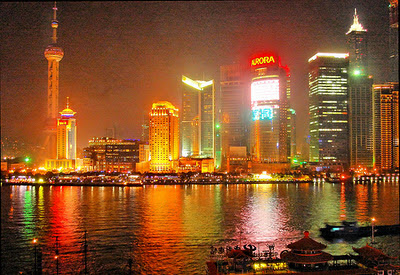 A system's strength and power, hence, is in its ability to recruit and maintain people (elements) that not only become members of the system by adopting its ideology but they themselves work (consciously or unconscionably) to help preserve, grow and strengthen the system. A corporation, for example, is a system with its driving force being to maximize profits and marketshare. It utilizes its people as its driving force, and profits as its goal and vision to evolve, grow and gain more marketshare and hire more people. The founder of a corporation or any system might have a completely different vision or strategy when implementing the idea of the system, but once the system is in place, it is governed by the forces of its environment and its desire to survive and grow.

In fact, as it sounds, man-made systems are much like biological systems (organisms) governed by the evolutionary principles of survival and reproduction. Biological systems evolve within their environmental laws, constraints and influences and the same is true for man-made systems. Just like an organism has to develop and evolve certain characteristics to survive in a cold climate, say in Alaska or Siberia, a man-made system must also adapt to cultures, laws and traditions of countries or reigions it operates within, say an American company doing business in the middle east.

There are many similarities between the evolution of biological and man-made (corporations, technology, political) systems, however, the point I am trying to make is that, much like biological systems, man-made systems, once set in motion, do not have a clear and predictable path or direction, but rather move in a direction that maximizes their ability to survive and grow.

To put things in perspective, I would like to use the U.S. economy as an example. Capitalism or the freemarket economic model is an American idea and system, which has grown and spread all around the world. However, as we have seen over the past decades, this economic system that for a long time was centralized in the U.S. is slowly shifting it's center to east asian countries. Capitalism as an economic system, favors climates and environments that maximize profits for companies and private corporations so it will evolve and move in the direction that gives corporations and private enterprise advantages to make more profits. In this case, Asia offers low wage and highly technical skilled workers with flexible labor laws that favor business. Therefore, we should not be surprised that the economic system that was started in America and brought much prosperity to Americans is slowing shifting east to more business-friendly environments.

There has been a lot of talk and discussion on the U.S. media about what the government can do to improve the economy, whether through tax cuts or stimulus spending. However, my feeling is that unless we create the business environments identical to that of China/India, the center of capitalism and free market enterprise will continue to shift east regardless of interventions by the U.S. government.

The same is true for blaming the banks and Wall Street for the recent financial crisis. The truth is that there is no one person or CEO or bank that can be blamed and punished, but rather the blame should be put on the system, that is the profit-driven stock market that forces companies to maximize profits at all cost. However, this system does not have a human face associated with it, which makes it harder for people to put blame on. People always like to believe that if there is a problem or a crisis, there is a human villain to be blamed to or punished. However, with systems, there is no one villain or hero but rather the system and the people working for the system. Blaming a life-less system is a hard notion for most people to digest. Another good example is terrorism. There are many faces associated with various terrorist organizations but those faces are just symbols of the ideology that they've created and once these systems/organization are in motion they rarely stop even when the symbol or the creator of the organization/system is dead. The system is an unnamed and unconscious being that thrives and grows through people adopting and spreading its ideology.

At the end of the day we are all part of systems. Our own body is a system of cells that work together to keep us alive, to grow and to reproduce. Our day to day activities, hopes, dreams and fears are very different than that of the cells that make our human body system possible and that's the brilliance of systems, the notion that once in existence they take a life and path of their own, often very different than that of the elements that make them.