The last decade has been extremely volatile and disruptive for many governments around the world. From terrorism and terrorist groups to grassroots anti-establishment movements like Occupy Wall Street and the Arab Spring, the world’s governments are struggling to evolve to this new paradigm. Not only technology has revolutionized the way people are exposed to information and ideas but it has also created new ways to connect, organize and facilitate movements and protests. Some blame or credit social media while others point to the rise of inequality, economic uncertainty and lack of basic freedoms as the major drivers of these movements. Though almost all of the major movements in the past decade do have some of these factors in common, they have paradoxically done very little to change the status quo. Though for example, as a result of the Arab Spring several dictators got ousted, in reality they just got replaced by new dictators with kinder faces and almost no change in the underlying corrupt and oppressive systems. Similarly the Occupy Wall Street movement accomplished very little in terms of what they pointed out as extreme income inequality, greed and corruption enabled by Wall Street and the banking system.

Observing the viral nature of protests and how they have spread so quickly in the past few years across the world it is important to ask: how do these movements catch on, spread and survive? With Iran’s Green Movement for example following Ahmadinejad’s re-election in 2010, the movement was eventually silenced by the government’s brutal crackdown compared to Egypt where the Military establishment did not mind sacrificing the ailing Mubarak as the symbol of the regime to maintain rule and behind the scene business as usual system. In both cases, however, the initial resistance by the government fueled and motivated the movement to grow and spread. This equally applies to the protesters in Turkey and Brazil. What we can conclude from this observation is that every movement needs an enemy it attempts to confront and defeat to start and grow quickly. In Libya for example, Gaddafi was the symbol of Libya’s oppressive regime and his initial excessive use of force against the opposition only fueled their resistance and determination.

That said, another factor that is unique to the modern world is the role of technology and social media which almost all of the recent grassroots movements have in common. However, I like to argue here that their role is much more critical in starting the movements as a trigger than the tools social technology provides for organizing and planning protests or meetings. According to the following behavioral model developed by Stanford professor, B.J. Fogg, there are three main drivers to actions or behavior: Motivation, Ability and Trigger. Here I argue that social media facilitates constant trigger by exposing people to other movements, evidence of injustice, oppression or abuse, and inspirational talks or videos. That said, majority of users of social media, at least in the developing countries seem to be younger with the motivation and ability to join a cause or a movement against what they perceive to be an unjust or oppressive enemy. This is partly why the Arab Spring spread so quickly across neighboring countries with similar authoritarian governments, little freedoms and high unemployment. With the majority of the young population unemployed with little economic independence, future prospects or basic freedoms, all it took was an extreme act fueled by social media to trigger protests. A Tunisian man set himself on fire to protest against Police brutality, becoming the symbol and trigger of Arab Spring. The news of his death and what he had done quickly spread via social media across Tunisia and the Arab world and protests quickly began intensifying and spreading. 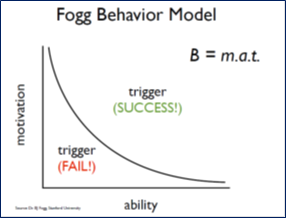 Here we arrive at the third important factor which is often overlooked by governments and news media until protests are way under way and evident. That is the slow buildup of anger and frustration within the population over a long period either due to oppression by governments or economic and income inequalities. In Turkey for example, the government was completely surprised when large protests broke out over the demolition of Gezi park. Though the park was a symbol and a trigger, the motivation and ability of the younger and more liberal Turks had been building up due to the recent changes by the Islamic conservative government to push conservative ideals through changes in policy and law. This is also true with Iran’s Green movement where the younger and more educated demographic had long be disillusioned with the Islamic government and the Supreme Leader’s authoritative rule and what they saw as a stolen election fueled their anger and triggered the protests to gain momentum.

The next factor that is also important to any movement is the social bonding factor. That is, people are by nature drawn to social movements that bring people together through a common cause or purpose. Religions are a great example of how important it is to people to come together and share common beliefs. Of course this longing for social connections has been often abused by terrorist groups by offering lonely and morally confused young men a membership to a group of very close “brothers” with a spiritual blessing against an evil enemy.  Below are some additional criterion and variables that based on my analysis play a critical in helping facilitate, initiate and fuel protests.

Though the criterion above might help explain why and how these recents protests have surfaced and spread, they do not help predict their chances of success or failure. Of course, history will judge the effectiveness of these protests. As stated above some currently argue that these recent protests, especially the Arab Spring only achieved cosmetic changes or victories while the status quo is still alive and well behind the scenes. That said, history also tells us that change does not happen overnight and we should be worried if it does. Even the world’s most efficient systems whether biological or even artificial, take time to adapt and evolve. With this perspective in mind the protests above have achieved their initial goal and success metric. However, as evolution tells us, the external pressures have to remain on the system (political, biological, societal, etc) if it is to evolve, adapt and change over time. It is becoming evident from studying these recent protests that though their decentralized nature makes them especially effective and strong, they require leaders, organization and clear goals if they are to survive and be effective. One of the reasons the Occupy Wall Street movement is often criticized is the vagueness of their goals and ideals and lack of clear leadership. The followers of this movement were often described by the media as unemployed hippies trying to camp and socialize in and around parks by Wall Street and other symbolic locations. In comparison, Iran’s Green Revolution did have clear opposition leaders, with clear goals and organization. However, the Iranian regime was successful in silencing the protests, not only by arresting and silencing these leaders, organizers and influential figures but they shut down all social media and even cellphone services. This lead to a decentralized and leaderless movement with no way to communicate, coordinate and connect against the very well organized and brutal Iranian military and police forces. The Green Revolution perhaps, was a failure but it sent a strong message to the Iranian leadership of the level and size of discontent and opposition. Perhaps it can be argued that the Green movement was a factor in the election of the new more moderate Iranian president Hossein Rouhani.