How The 'Foodie' Hype Is Undermining Food 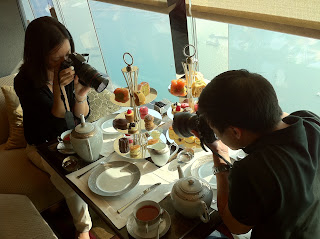 These thoughts were inspired by my debates with my chef-in-the-making girlfriend over ("Yelp Pre-Approved but Not Post-Instagramed") sushi as well as during our car rides every night I pick her up from her Restaurant.

These days it's hard and almost sacrilegious not to be excited about food. In our politically correct society, other than sports and weather, food and food shows are all that's left to talk about in most professional social settings. Further, thanks to the "Foodie" blogsphere and Yelp everyone is a food expert or chef / food blogger "wannabe". These things are "cool" now and who can resist not jumping on the bandwagon, it is food we are talking about, not some crazy religious cult, right? We must all now know where to find good 'Food', how to make it, and most importantly report it on Instagram and to our work colleagues the next day. Going to a new restaurant before checking it out on Yelp is now as anxiety provoking as going on a blind date and not instagramming a 'Foodie' faux pas.


The obvious irony here is that much like the wine tasting meme-wagon, most people don't possess sophisticated enough pallets to truly appreciate every single taste or ingredient (I don't either), but rather it's the meme and hype that they subscribe to when they become 'Foodies'. Not to take away from the subjective ‘Foodie’ experience here but let’s call it what it is (hype) and what it’s not (Food).

Here some might argue that the 'Foodie' meme or hype has done much good in terms of bringing attention to the quality of food and its health effects. It has also inspired many to pursue culinary professions. Ok, yes, I agree, now we have Whole Foods Market, fancier restaurants and the Organic Industrial Complex but we should be under no illusion about the intentions of these industries. Prior to the pop-ifying of food, the Food Industrial Complex was mostly made up of fast food giants like McDonald's. They made money by making food as cheap as possible with the lowest quality possible and billion dollar advertising and marketing campaigns. Then, finally after many decades, people are starting to realize the hidden costs of cheap-fast food (obesity, diabetes, etc.). So the next evolution or version of the food industry saw an opportunity, not to improve the quality of "Fast Food" but to create a new industry or market for the more affluent and younger generation. As they correctly assumed, the poor will still consume low quality, fast food because they simply have no other options but the affluent-young generation is demanding more choices and better quality. To respond to this demand and new market the Media and Food industries came together to add some “spice” to traditional cooking shows. They took the traditional Julia Childs instructional cooking model and “RealityTV-ified” it by adding competitions, drama, hype, heroes and losers into these cooking spectacles. And of course the minute cooking shows became ‘Reality TV’, they became the reality of the average media consumer turned 'Foodie'. This new type of consumer now wants to reenact the cooking shows and characters he or she idolizes and identifies with (i.e. Anthony Bordain, Rachel Ray, etc). Again, the intention is relating to a story, hype, a movement, a cult, and food itself a secondary aim. Of course, the modern Food Industry knows this and fuels the game through their own media outlets while now making billions from both poor consumers (Fast-Food) and the younger more affluent "Socially-Conscious" and "Yelp-Educated" Foodies.

Additionally, more and more fancy or cool restaurants are owned by large Restaurant Group monopolies as opposed to independent chefs. The result is more wealth for the food and food-media industries while the inequality of food quality and choices widening between the poor and the “Socially and Yelp Conscious' affluent demographic. This all happens while close to a billion people in the world go hungry every day.


An evolutionary theory I read while ago suggests that language and social interactions evolved when humans discovered fire and cooking. The coming together of people around fire as they cooked and ate facilitated verbal communication and social interactions. If true, then perhaps the real joy of food in addition to being a nutritional necessity for survival is that it facilitates social contact, story-telling and communication.