Identity In The Age of BigData: Information as Currency

Lacan’s notion of “Big Other” became George Orwell’s “Big Brother” in the age of “Big Data”. What this means is that the notion of identity as a free, private self has completely been disrupted in the age of internet, mobile technology and big data. The “I” no longer comes to exist as an identity in relation to others but rather the “I” is a combination of both real and virtual symbolic representations that exist as unforgetting and unforgiving accumulation of bits, algorithms and Big Data. Our Google Search and Gmail history now serve as our identity repositories that we can reference to remember who we are.

If traditionally our conscious, values and identities were kept in check and guided by our own Superego / Big Other or our internalizing of a God’s will and presence, now we are faced with the constant analysis of our identities via the prisim of our own data trail. Unlike our dynamic and ever evolving memory, Big Data never forgets. One can even imagine a Google identity dashboard or reporting tool that will tell us how our identity and personality has changed over time and warn us if our current behavior is an extreme deviation from our behavior mean based on our emails, Mobile App data, Google searches and Google+ posts. In fact Google already is doing this, by creating a profile (see yours here: Ads Preferences) for each user based on Gmail, YouTube and Google Search data. However, this profile is not for our own identity analysis but rather to help Google with targeted advertising. And Google is not alone in this, Facebook, Yahoo, Twitter, Microsoft and Apple all have their own advertising profile on their users thanks to the miracle of Big Data. No wonder then that Intelligence Agencies as well as various hacker groups would want to have access to these dynamic identity profiles that often disclose and highlight details about our personalities and relationships we don’t even know we exhibit. Though there are some serious concerns from the public about the security and privacy implications of such data being accessed by governments or hackers, the one question that is mostly overlooked is why the likes of Google and Facebook have so much data on people to begin with? The answer is rather simple: People never truly understood the implications of freely giving these for-profit, public tech companies their personal data. Having to be exposed to some advertising in exchange for using free online services seemed like a good deal.

There must have been a time in the early internet days, especially when AOL first got started that the concept of free web services was probably a strange one. However, with the expansion and emergence of online advertising, the business model of advertising-based web service and social networking companies became the trend and Ad-based Big Data tech companies became Wall Street’s favorite new stocks. As people got used to using free online services in exchange for seeing advertising banners, free became the norm. But of course the irony was indeed lost on the average user that free was not really free, it’s just that the currency paid to these tech companies for their services was our personal data instead of dollars. Information is power and indeed has always been valuable and partly why insider trading is a crime and why the Central Intelligence Agency’s mission is focused on collecting and analyzing information. So information as a form of currency is not a novel or strange idea in the finance or intelligence worlds but not well understood by the general consumer or the online user. Using the iPhone as an example, the average user sees an elegant and powerful device that can do so many things from the touch of their hands. What he or she doesn’t see is all the personal data this iPhone and all the Apps can and do collect and store both on the phone itself and on the cloud. 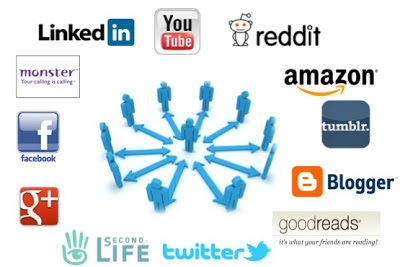 Currently, very few tech companies give the user the option to opt out of this massive data collection, analysis and targeted advertising efforts. For example, Google could for a monthly premium, agree to not track user search history and encrypt all email data only accessible to the user as well as not sell or use any user data for advertising purposes. Google can also offer a Google “Delete” button where for a price Google will agree to delete all the data they have on the user from emails to search history. Companies like Spotify do offer the option of no advertising for premium users but they still collect and track user data for recommending new music or album releases. Of course, not all tracking is bad and some tracking improves our lives, for example when Amazon’s algorithms recommend books to us based on our search and purchase history. However, as more and more data is collected and tracked about online user activity, it becomes harder to filter and discriminate so only the appropriate information is being collected for the benefit of the user. Google experienced this when the German government sued it for collecting people’s WiFi information via its Street View cars. As such, how can tech companies be trusted to only collect and track what results in better maps, product recommendations or answers to our questions? We surely don’t seem to trust the government with our data and become outraged when we find out about secret government surveillance programs, but why is it that we are okay with for-profit tech companies having not only access but owing our data they can sell to third parties for targeted advertising purposes? What would happen if a wealthy Saudi Prince who is a major Twitter investor decides he wants access to Twitter data to spy on his business competitors or even Saudi dissidents?


Big Data is the gift and curse of the modern condition. It has become the hammer to which every societal problem, nuance or inefficiency looks like a nail. It further promises to let us finally get to know our real selves at the cells and neuron level. Thanks to Big Data we can even know how we sleep, how much we dream, how we digest food and track our bathroom habits that can be analyzed and shared on our social networks. The gift of Big Data is however also its curse in that it can only measure what can be reduced to bits of data and analyzed by biased and objective algorithms. Surely, we hope that human interactions, psychology and biology are much more complex than binary systems to be easily quantized, packaged, and quantified into data sets to be analyzed, mined, understood and predicted. Applying Big Data Analytics to complex systems, in attempts to quantification or simplification can lead to more confusion and perception of noise as signal.

We’re more fooled by noise than ever before, and it’s because of a nasty phenomenon called “big data.” With big data, researchers have brought cherry-picking to an industrial level. Modernity provides too many variables, but too little data per variable. So the spurious relationships grow much, much faster than real information. In other words: Big data may mean more information, but it also means more false information. -Nassim Taleb

According to Quantum Theory, quantum particles tend to behave differently depending on if and how they are observed. A particle can act like a wave depending on the presence or absence of an observer or an observing device (See Double-Slit Experiment). Big Data follows a similar logic, where depending on how it is analyzed, the range of data included in the analysis and statistical method or algorithms applied, completely different insights can be concluded or gained. According to the famed Statistician Nate Silver who accurately predicted the U.S. 2012 Presidential Election, it is becoming more critical to know how to ignore data as noise than to gather and analyze more data only very small percentage of it which is actual signal.


So what has Big Data done to privacy? Privacy from the Latin word “Privatus” means “separated from the rest” which almost is a strange notion in the always-connected world of mobile technology and internet. What this means is that to have privacy, we need to disconnect from Big Data. To rely on and expect corporations or governments to protect our privacy is naive. Both entities will protect our privacy as long as it is aligned with their own interests. We don’t have to sacrifice our freedom and privacy for security if we don’t exchange our data for free online services from the likes of Facebook or Google. What truly requires disruption in our modern economy to help protect our privacy and freedom are the business models of digital advertising and advertising-supported media, journalism and tech industries. As long as advertising is big business, our personal Big Data we give away so freely will be a hot commodity for Silicon Alley to package and sell to Madison Avenue to satisfy Wall Street with very little regard for our privacy. No wonder Silicon Valley’s R&D departments are so hard at work to make us share more from video, text and photo status updates to automatically uploaded Foursquare check-in or health data via the Quantified Self movement. Under the disguise of self knowledge and millions of different ways of showing off our status to our friends are the algorithms of Silicon Valley that using our data, quantify and categorize us into advertising categories and sell our information to any third party for the right price. At least when the government wants our data they have to go through special procedures and policies as opposed to just knowing the magic password most advertising companies have known for a long time: $.