The Vegas-ification of Society Through Technology

After spending a few days in Vegas I couldn’t help but notice the countless opportunities that exist to spend money on one’s most short-term pleasures from food and sex to gambling and shows. Everything in Vegas seems to have been specifically designed to facilitate, encourage and often unconsciously force consumption. Not only the average person is constantly bombarded by stimuli, from extravagant visuals, sounds, smells, people, architecture and venues to a point of mental paralysis but these stimuli as I found out have been specifically tailored and customized to manipulate people to constantly spend money and consume. As someone I met there who develops software for slot machines and other Casino games told me; the sounds, the visuals, the temperature, the positioning of the slot machine, the signs, the architecture of the Casinos and even the chemicals in the air are all carefully created and adjusted by Casino hired psychologists to make people want to continuously play, gamble and spend. 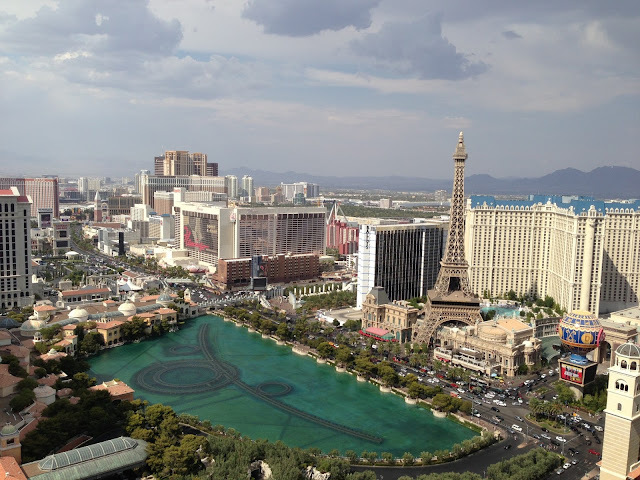 But of course this was not a surprise, after all this is Sin City and people know what they sign up for when they come to Vegas. However, what did struck me is that this onslaught of mental stimulation to facilitate consumption that I saw in Vegas is spreading through the rest of the world thanks to technology and the internet. Aren’t most websites these days specifically designed to make people either purchase more online goods or services or be exposed to certain advertising? Aren’t Amazon or Google’s algorithms tailored to make people buy more products or be exposed to more advertising? Facebook in fact is not very different than a virtual Casino, with its nonstop stream of distracting content and media to its social games and of course advertising, all in return for our attention and eyes also known as Facebook’s valued currency. The constant stimulation that technology provides can easily paralyze one’s judgement while manipulative advertising unconsciously nudges us to consume and spend.

That said, obviously advertising and manipulative sales tactics are not new but their reach and infiltration into our minds and our our daily lives is more extreme than ever. With the evolution of technology and the new trend in wearable gadgets like the Google “Glass”, it’s only a matter of time when advertising-based tech companies have direct and 24/7 access into our brains and eyes. And then what? At what point does the human brain become so saturated and overstimulated by advertising and marketing that it simply becomes paralyzed, overwhelmed and merely functions based on external advertising stimuli? Like a gambling addict in Vegas, the modern human turned 24/7 online consumer will simply be navigating from one online store or service to the next buying and purchasing. At least Vegas is a geographical location and if things get really bad for a gambler, he or she can just leave and avoid more consumption and gambling but how does one escape the internet and technology these days? Is it even possible for someone in today’s America to go through a day without being exposed to advertising or marketing? It is one thing to try to avoid a message and another when the medium is the message and the message is advertising or sponsored content.

Steve Jobs famously said when his health was declining that he did not want to include “On” and “Off” switches on Apple products because he didn’t want them to have what resembled death and alive states but rather he wanted them to exhibit a constant state of life and aliveness. Perhaps the irony of the metaphor is not lost since constantly “On” technology means certain parts of our brains, especially the parts that handle introspection, deep thoughts and imagination have to remain off. Some credit Steve Jobs with innovation and great technology products and designs. I think he deserves more credit for giving the casino of the consumer industry the ultimate consumption gambling iConsume machines through which we are constantly exposed to marketing and advertising content while these devices get to know and predict our exact consumer type. It’s not too crazy at this point to envision a future where the foundation of society and economic activity is one big virtual version of Las Vegas that we are all constantly connected and addicted to, often by default and not by choice. Some of us who lived in the pre-online consumer 2.0 world might choose to opt out every so often but it is sad for those who are born into and grow up connected to this virtual casino that the internet has become and have no experience of the solitude outside of this overstimulating online shopping mall.