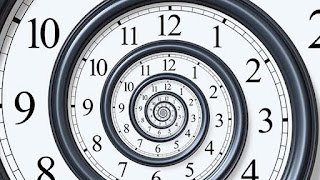 What is with time? Nothing about time is a constant. It forces change, heals wounds, mends broken hearts and marinates memories in a soup of nostalgia. What is always true with time though that it passes, good and bad, sober or drunk, happy or sad. The most productive, ambitious and athletic get old and die at the same exact rate as the sad, lonely, and obese. Time is humbling in this sense, emancipatory even. It’s something we all experience and paradoxically can never truly grasp. It’s always fleeting and escaping us.
A dimension so foreign, a dimension so familiar. I often travel true space to forget I am traveling through time. I can choose which way to move in space but the stream of time is forced on me with no choice of direction or speed. Imagine a Google maps of sorts for the time dimension. I can pick a time, a memory, an event in the future or past and Google ‘Times” can give me directions to get there. Sometimes I think a version of this imaginary app is at play when I recall an event in the past and attempt to recall emotions associated with this event through smells or songs that stimulate the particular metamemory of the experience.

Sometimes, somewhere, somehow, time was born and it never looked back, it never stopped. Every star, molecule, and atom rides the wave of time into the unknown. Change for the sake of change is time’s motto. Time is after all a word, a symbolic reference point to a concept, a dimension, a variable that we can’t comprehend directly. All we know is that it passes or do we pass through it? What is it?

I hated time when it diluted my happy times over ‘time’ and I loved time when it helped mend my broken heart over ‘time’. I even wished time could stop or wished it could fast forward. Time humbled me, time angered me, time made me, ‘grow up’. Time even separated my various selves / versions forcing the present self to answer for the past and make decisions for the future. “Remember that time you did this or said that?”

Do my cells know time better than I do? What is the clock in my DNA that tells my cells to stop regenerating as I get old?

In due time the wave of time that started its journey 15 billion years ago shall take me to the same nothingness that it created me out of with no awareness of my consciousness, fully unconscious of my existence. And time and time again, the universe unfolds in the waves of time as it should in front of our temporary observer gaze.

“Whatever our status, we are all fated to end up as that most democratic of substances, dust. There is no wealth but life said John Ruskin including all its powers of love, joy and admiration. If there is something strangely calming in the idea that we are all going to die, it’s perhaps because something within us recognizes how many of our worries are bound up with things that are in the widest scheme pretty petty concerns, to consider ourselves from the perspective of a thousands years from now returned to dust in a vault, is to be granted a rare soothing vision of our own insignificance…”
-Alain De Botton